Available in bookstores and on Amazon. 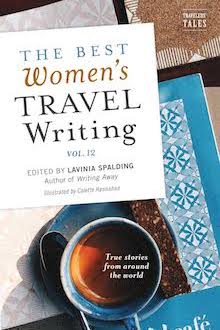 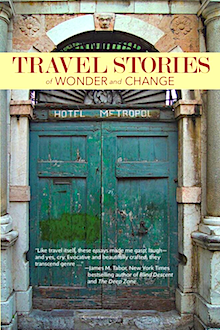 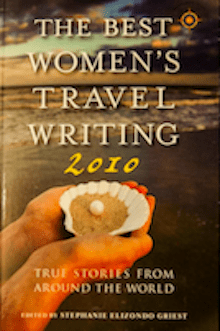 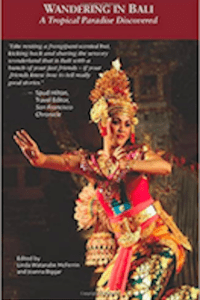 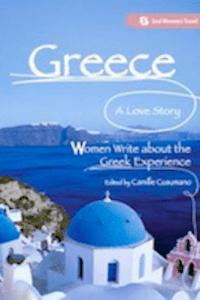 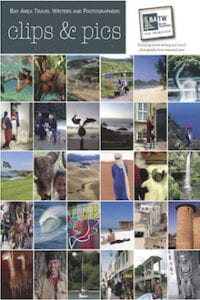 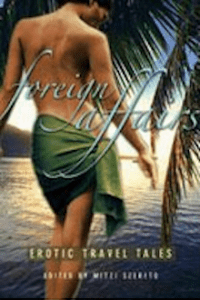 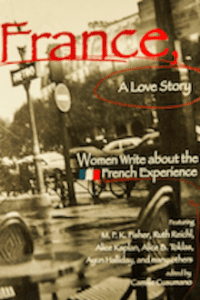 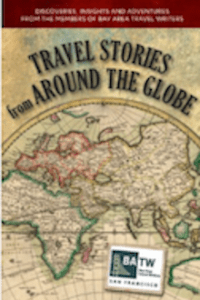 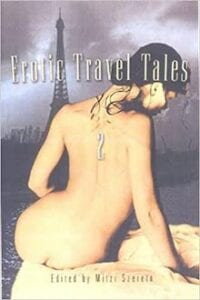 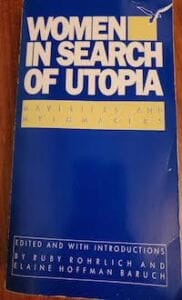 “The Infelicities of Travel: Gems Among the Ruins” included in BATW Anthology

Diane’s story “The Infelicities of Travel: Gems Among the Ruins” was published in the Bay Area Travel Writer’s 2012 Anthology entitled, Travel Stories from Around the Globe.

The anthology was juried by Julia Cosgrove, Editor-in-Chief of AFAR magazine; John Flinn, former Travel Editor of the San Francisco Chronicle; and Janet Fullwood, former Travel Editor of the Sacramento Bee. The twenty-three stories included were selected from some sixty submissions, taking readers through Europe and Great Britain, the Americas, Pacific Rim, Africa, Tibet, and India, capturing the timeless spirit of travel. 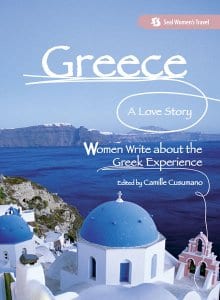 "Dancing on the Wine Dark Sea"

My darling Aphrodite, I love you. Will you marry me? The handsome Greek restaurant owner on Santorini pleaded with my eighty-year-old mother as they line-danced to bouzouki music in a late-night bacchanal on a terrace overlooking the Aegean. My mother loved dancing, charming men, and living in general. After being widowed for the second time in her late seventies, she kicked up her heels and, in many ways, relished life to its fullest. During those years we traveled together frequently and had our own high-spirited odyssey around Greece...

I begin to sing of Demeter, the holy goddess with the beautiful hair. And her daughter, Persephone, too. The one with the delicate ankles, whom Hades seized. She was given away by Zeus, the loud-thunderer, the one who sees far and wide. Demeter did not take part in this, she of the golden double-axe, she who glories in the harvest. Persephone was having a good time, along with the daughters of Okeanos, who wear their girdles slung low.

On our first morning in Greece, my friend Gloria and I went down to breakfast on the outdoor terrace of the Athens Hilton. Facing my eggs Benedict, all I wanted to do was lie flat on the cool terrace floor. So I did.

Waiters in white coats discreetly stepped around me, perhaps interpreting this action as eccentric American behavior. The Greek fascist regime was in full force then, and people tended to mind their own business. Gloria and I attributed my wave of nausea to bad airplane food. We proceeded to plan the rest of our trip: first by bus to visit important sites, then by sea to Mykonos and Crete.

I had just broken up with the man for whom I had left my husband. Perhaps the anxiety of learning to live the single life was stressing my system. When Gloria, a colleague at the California college where I taught, suggested a trip to Greece, I thought what better way to mend a broken heart and move on with life.

Both of us were steeped in Greek literature and history. But in the fertile lands that spawned the beginnings of our civilization, our demokratia, and stories of randy gods and goddesses, I could not have guessed at the irony of my ongoing queasiness.

Our first stop was the famous amphitheater of Epidaurus, an easy day trip from Athens. We also visited Mycenae from where Agamemnon departed for the Trojan War, after he sacrificed his daughter, Iphigenia, so the gods would turn up the winds to fill his sails. His wife, Clytemnestra, was not pleased, took a lover during his ten-year absence, and murdered Agamemnon in the bath after he returned. Breaking up with my husband and now ex-boyfriend seemed much less dramatic from this perspective.

Epidaurus was both a healing center”where Asklepios, son of Apollo, cured the ill from all over Greece”and one of the world’s oldest theaters. I hoped a visit there would cure my continuing nausea. Following in the footsteps of millions, we climbed high up in the enormous amphitheater that once held 10,000 spectators and tested its legendary acoustics. Our tour guide, so far below on the stage that she seemed a tiny speck, dropped a drachma, and we heard its distinct ping as it hit the stone floor. Then she tore a Kleenex tissue, and, yes, we could hear that as well. We were sitting in what would have been, no doubt, the poor people’s seats. I thought about the challenge of getting acoustics right in contemporary theaters and wondered about the many mysteries we still can learn from the ancient Greeks. Beyond the stage and backdrop (the skene), mountains rose and clouds floated in a blue sky. These ancient theaters were built to remind us of the connections between our temporal world, nature, and the spheres of the gods.

The next day we took a bus fourteen miles east of Athens to Eleusis, site of the Mysteries, which date back to 2000 BC and earlier. Believed to have come from Egypt via Crete, the cult of Isis”the Earth goddess”later was worshiped as Demeter and finally the Virgin Mary. My low-grade sickness continued, as I stumbled up and down ancient stairs, soaked in the heat and odors of summer vegetation. Poppies dotted the surrounding slopes, and cicadas buzzed in the overgrown bushes.

I had read that this area was once the terminus of a biannual procession that began in Athens along what was called the Sacred Way. Anyone could participate, as long as he or she were not a barbarian (i.e., spoke Greek) and had not committed blood crimes. As they walked, people, especially prostitutes, called out dirty words and obscene jokes. The overall celebration marked Demeter’s reunion with her daughter, Persephone, when she returned from her six-month annual sojourn with Hades, god of the underworld. During her daughter’s months in the underworld, Demeter was too sad to tend to fertility, hence winter set in. The ancients also reported that Persephone was reborn from her mother in the midst of huge fire and brilliant lights seen for miles around. Bulls and phalli were part of these rituals, depicted in frescoes as far away as Pompeii.